Throughout my last post Main Similarities Between Spanish and English Languages three major similarities between the language you know and the one you are studying have been discussed. In this new post, you will read about several differences between them—so you are familiar with them in advance and you can take advantage of this knowledge to deal with them—and the sooner the better. 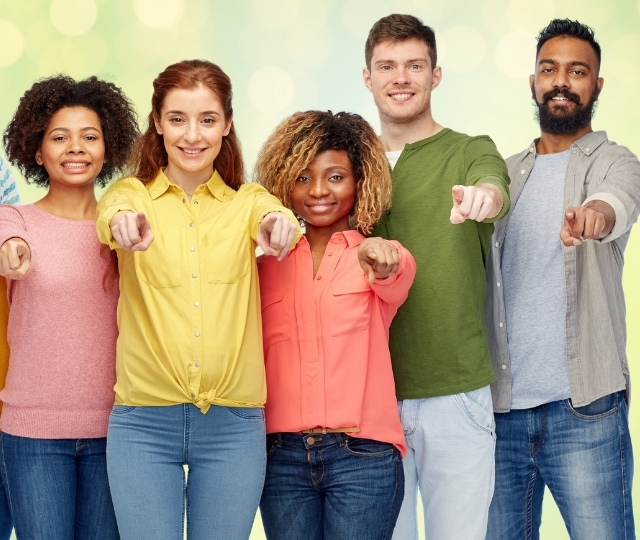 The Spanish language has 5 vowels. The English language has over 24. And this is just talking about actual vowels, without even mentioning their—always relevant—length, stress, and accentuation! Then you can invite end consonants, silent consonants, swallowing sounds, and differences of meaning based on word stress to the party. It shall be great fun, you can bet!

As a general rule, English and Spanish phonologies are so different that students of both languages are bound to struggle with pronunciation throughout their learning processes, regardless how different those processes may be. When it comes to English speaking students trying to learn Spanish pronunciation, their main concerns—and struggles—are related to the change of sound of many vowels and diphthongs. For instance, the English vowel i is pronounced like the y in easy in Spanish, whereas the English vowel a is pronounced [ɑ] or [a]. And that’s just for starters! Students also struggle with the sounds of the Spanish j—which sounds like in jamón, not in yoghourt or year—and the h, which in Spanish is usually silent except for some loan words, most of them borrowed from Germanic languages.

The more the merrier! —verb conjugation

According to the Oxford English Dictionary, to conjugate is “to give the different forms of a verb in an inflected language such as Latin, as they vary according to voice, mood, tense, number, and person”. And that is, indeed, what happens in the case of the Spanish language. Therefore, and without further delay, let’s see it with a practical example.

Let’s take the verb form “canto” (I sing), for instance. The infinitive of canto is cantar, which is a regular verb that belongs to the so-called “first conjugation”, that is, the one that gathers all the verbs whose ending is the suffix -ar, such as amar (to love). The root or stem, cant- contains and provides information on the meaning of the verb, whereas the ending is the part of the verb that contains and provides information on the voice—active, the mood—indicative, the tense—present, the number—singular, and the person—first. Hence, the ending of a verb is the part of it that allows conjugation and, in turn, is the reason why it is not necessary to repeat the subject pronoun (in this case yo) every time we use a verb, because the information on person (first) and number (singular) contained in yo is also contained in canto—therefore it is redundant and not necessary.

Make no mistake—the verbs you use in the English language can be conjugated too. Take the verb to be, for instance. Notice how I am, first person singular of the present of indicative of said verb, in the active voice, differs from you are, second person singular of the same tense, mode, and voice as the former. Notice the final -s of the third person singular in the present tense of the verbs in the English language, including is. Become aware that the present simple, I sing, differs from the present continuous, I am singing, and one can be told from the other because of their word forms. Paraphrasing Bill Clinton, “It is conjugation, son”.

And because a sensible human being should not take for granted all that can be read on the internet, you can visit one of the many online conjugators, just like this one by reverse, and put both its possibilities and my statement to the test by yourself. For Spanish verb conjugations are on Spanilingo’s own site.

As you probably know, the English language is a lot more restrictive than the Spanish language in terms of word order. Despite the fact that both Spanish and English languages share subject/verb/object sentence structures, there are many subtleties that may change the meaning and the weight of the information conveyed in a sentence depending on the word order that the speaker chooses. There are also specific rules for the order of reflexive and object pronouns, and adjectives placed before or after nouns change the meaning of their description, and this includes only two of the many existing examples. A short—and simplified—example of this can be found here.

In Spanish, words must agree between themselves more often than not. There are two main kinds of agreement—noun agreement and verb agreement. To put it in the simplest possible form, the words in a noun phrase must agree in gender and number, and the verb and a subject in a verb phrase must also agree. Take the sentence “The little kitten is two months old”, for instance.

Seems like easy peasy. However, keeping track of all the elements of a sentence while paying attention to all the agreement involved may be somehow tricky. Do not despair—remember that practise makes perfect!

A betrayal of words — false friends

Much has been written about false friends. When it comes to language study false friends are, in essence, words that may look like the ones you know in a language, but they differ in meaning from their likes in another—and the differences are usually bigger than their form will allow you to suspect. Spanish words like constipado, sopa, ropa, grosería and tuna are quite relevant examples, but there are many more. So, remember, do not trust your eyes only—a dictionary is usually safer in terms of accuracy and could save you some, say, educational embarrassment. You can check some of the most usual false friends in Spanish here and practise with this quiz.

Are you having fun so far? Great! Do not miss my next post *5 Things You Wish You Had Known Before Starting to Learn Spanish—and Might Still Be Useful to You *then. Happy learning!