So since you are here again, it is highly likely that you read my words on Spanish is different… But not that different! and got a little bit hooked, is that it? If so, let’s delve a little more into the similarities shared by the Spanish and English languages, so you can approach the Spanish language in a more confident way, thus making the most of your learning process. Ready? Here we go! 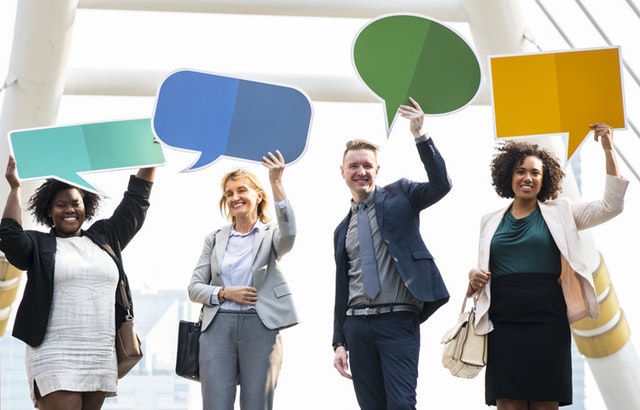 We are family—two languages with a common origin

Both the Spanish and English languages belong to the Indo-European family. That means that they share a relevant number of features, some of which are listed below. However, make no mistake — as you probably know yourself, belonging to the same family does not mean that all human beings are identical individuals, and the same goes for languages.

Take sentence word order, for instance. Both Spanish and English languages have a grammar structure based mainly on the verb and, in ordinary circumstances, the word order for affirmative statements follows a subject-verb-complements order. Thus, the Spanish statement El gato duerme en el sofá and its English translation The cat sleeps on the sofa share sentence structure with each other. What? Did you spot yet another similarity? Let’s discuss your findings below then.

As we said before, English and Spanish languages share a common origin — so small wonder they have similar features, including words. This not only means those in Spanish that are virtually untranslatable in just one word without sacrificing most of their meaning, like siesta or patio, but a relevant amount of word loans. This works both ways: English has many words that came originally from Latin and they are mostly used in formal contexts —take artifact, ace, or audacity for instance, and this is only going halfway through the letter A on the list that Wikipedia puts at our disposal. Spanish, in turn, borrowed words like bungalow, fax, or flirt from English and adapted quite a few more like, for instance, fútbol, esterlina (sterling), or folklore.

By the way, the word sofa does not come from Spanish but from the French word sofa, which in turn comes from Arabic suffa and from Aramaic sipā before that—just in case you were wondering.

In grammar, we use the word inflection to indicate the many forms a word can adopt to play different roles in a language. Inflection of nouns, pronouns, adjectives, articles, or determiners is known as declension. Since the Proto-Indo-European language was a highly inflected one, all languages that developed from it keep inflection to a greater or lesser extent within them. Take the subject pronoun I, for instance, and pay attention to how it changes within a sentence when it becomes an object pronoun, me; a possessive, mine; a determiner, my, or a reflexive, myself. So, the next time you feel like screaming in frustration because you can’t quite grasp the usage of pronouns in Spanish in a sentence, think of a similar usage in English and it will surely make more sense to you. Have a look at these examples:

Read this article for further information. Did you think that only languages like Latin or German decline? Well, now you know better.

Are you OK so far? Great, then see you in my next post, Main Differences Between Spanish and English languages so we can fully delve into some of the latter. Happy learning!